I managed to visit two Parliament buildings while I was in Uganda: the National Parliament, and the Parliament of the Kingdom of Buganda. Unfortunately, I didn’t get to see either in session, but I did get a private tour and an opportunity to nose around.

The ‘Royal Mile’ in Mengo has the King of Buganda’s Palace at one end and the Buganda Parliament at the other. The Parliament is appointed by the King and has no legislative powers, but there are representatives from every clan in the kingdom and the idea is that they discuss issues of concern and try to agree how to address them. The debating chamber is fairly plain and simple, but probably looks rather more grand when the King and his throne are in situ. When I visited, the only decoration was the paintings of past Kings hanging on the walls. 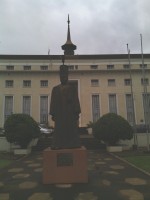 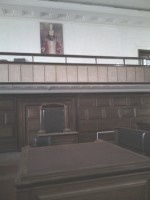 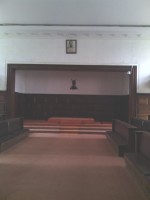 Mengo Palace is no longer a functioning residence but it is a grand old house worth looking at from the outside and I had a guided tour of the grounds. The most notable attraction, if you can call it that, was an underground torture chamber used by Idi Amin. It is only small, but apparently hundreds of people were crammed into the tiny cells at any one time. An electrified stream prevented escape, and many died by falling or being thrown into the water by soldiers. The graffiti scrawled on the walls – some desperate, some defiant – adds to the horribly creepy atmosphere, although my guide said that much of it has been added by relatives of the victims since it fell into disuse. 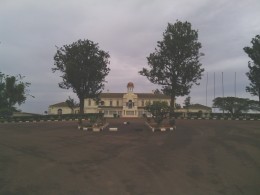 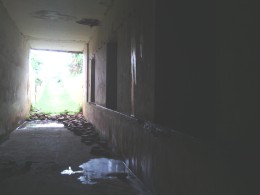 You can imagine my surprise, then, to see Idi Amin Dada smiling down at me as I stood outside the debating chamber in the National Parliament a few weeks later. The portraits of all Uganda’s former presidents adorn the walls of that particular corridor, and Amin’s hangs proudly above the entrance door. I asked my guide if he found this inappropriate, and he was a little vague in his response. He said that Amin was a president and so deserved his place in the hall as much as any other, and while he acknowledged he was controversial he said that he had the support of many Ugandans. I must say, I didn’t have the opportunity to canvass the opinions of many people on this topic. 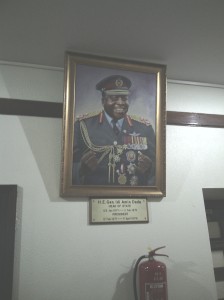 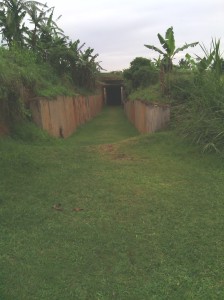 The inside of the chamber is familiar in design, as it is based on the British House of Commons. One difference is that if you look at the picture you will see four “naughty chairs” in the middle. Apparently these are for a group of MPs who have fallen out with their parties and – at the time of my visit, at least – it hadn’t been decided what to do with them. The carved wooden wall is, as I understand it, a representation of all the clans in Uganda, each of which has its own symbol or ‘totem’. 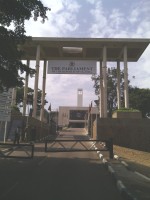 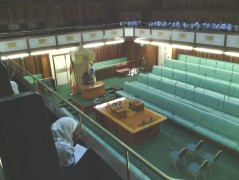 I also tried to have a look around the Kenyan Parliament when I was staying in Nairobi, but was told sternly that this was not possible. I was also informed that photography of the outside of the building is forbidden and that if I wanted a memento of my visit I should do a google image search (seriously). I found that genuinely baffling, so went around the corner to take a couple of discreet snaps, before being scolded and chased away by another security guard. You ain’t seen me, right? 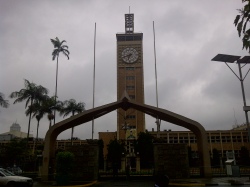 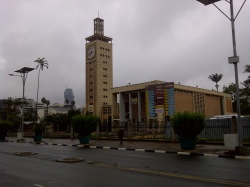 This entry was posted in Uncategorized and tagged Buganda, Kenya, Parliament, Uganda. Bookmark the permalink.